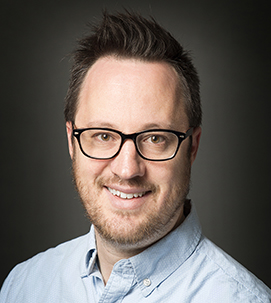 We make a film on the first day of class.”

For Jeremy Nielsen, the film program at Central Wyoming College is all about making movies and he puts cameras into the hands of his students the first day. Students focus on film production as well as critical studies.

CWC added film to its radio, television and communication program which allows students to complete general education requirements and select an emphasis. Nielsen teaches his students the basics that are required in the production of a film, from writing to editing to directing. Students in his program will screen their films in an annual film festival.

CWC is the only college in Wyoming to own a RED digital cinema camera. This type of camera was used on major Hollywood films such as The Hobbit, Prometheus, and the Great Gatsby.

Nielsen grew up in Salt Lake City and fell in love with making movies in junior high. Using his family home as a studio to crank out would-be box office hits, Jeremy began focusing on a more realistic pursuit and enrolled in the film program at the University of Utah. While his film career was delayed for several years when he worked in the music industry, he recognized the need to get a “real job” after touring the country with a band.

He began working in the Salt Lake City film industry and taught courses at a juvenile detention center. Later he worked for a non-profit organization that worked with underserved youth through film education, this is where he discovered his love of teaching. He went back to school, earning a master’s degree; expanding his repertoire to include video game production. Jeremy continued in the film industry, working as a cinematographer, director of photography, editor, and as a composer of musical scores.

In 2016, Jeremy and his writing partner, Connie O'Donahue, were selected for the Sundance Film Institute's Episodic Lab for a pilot script the two had written. They were featured among 10 other scripts that year. In 2018, the pair submitted a new script called "Ticker" to the New York Television Festival and won Best Dramatic Script. In October of 2018, Jeremy and Connie were finalists for best drama script with "Ticker" at the Austin Film Festival.

Bachelor of Arts in Film, University of Utah

Master of Fine Arts in Film and Media Arts, University of Utah