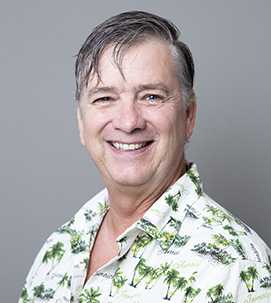 Dr. Wes Connally is originally from Floresville, Texas. His previous experience in his field of study includes working at Sterling Wentworth as a technical writer and an international financial planner. He was an instructor at Salt Lake Community College before coming to CWC.

Connally also worked with top nuclear scientists in the United States on an article "The Transmutation of Nuclear Waste," for Scientific America in 2004. In 2008, he published "Jungian Psychoanalysis in Fairytales" and "Literature in the Composition Classroom."

During his time at CWC, he has enjoyed performing in plays such as "Beauty and the Beast," as the beast and "A Christmas Carol," as Bob Cratchit.

Connally has been the department coordinator for English/Math since 2008 and has developed two courses for the University of Wyoming's international studies program. He implemented some of CWC's first online courses.