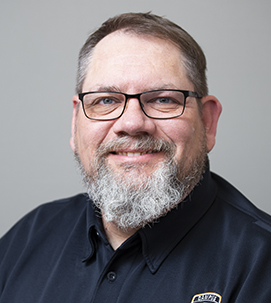 Jim Carey started his career in 1992 as a dispatcher and an animal control officer for the Lander Police Department. He worked as a patrol officer, detective until 2001. He then worked for the Wyoming Highway Patrol until 2007, during this time Jim also taught at the Wyoming Law Enforcement Academy for five years. Jim returned to the Lander Police Department in 2007 and remained there until 2015. Jim served as Chief of Police at LPD from 2013-15 and went to probation and parole until 2017. Jim retired from probation and parole in 2017. Jim has worked part-time at CWC since 2017 as a campus security officer.