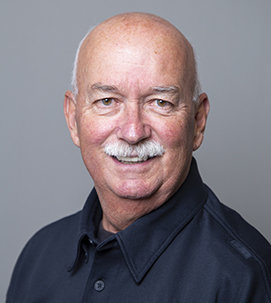 Kevin Coulter worked from 1988 to 1997 in Sublette County as the Sublette County Fire Investigator. From 1997 to 2001 he worked for Wyoming State Parks at Boysen Reservoir and in 2001 Kevin worked for the Shoshoni Police Department as an officer and later as chief of police. In 2008 he went to work for the Fremont Country Sheriff's Office as a K9 officer. Kevin retired in 2018 and worked part-time for the Fremont County Sheriff's Office. While he works part-time at the sheriff's office as a patrol deputy and school resource officer he also works part-time for CWC as a campus security officer.