Restoring an orchard originally planted in the 1800's.

HISTORY OF THE ORCHARD

Homesteaded in 1873 by William Nichols, the 127 acre facility soon gained attention as one of Wyoming’s first commercial orchards. In 1892, Lander residents purchased the farm with the hope of bringing the State Agricultural College to Lander.  The location had a longer frost-free season than town and "produces beautifully" according tothe local newspaper. The sale of fruit generated income for many of the farm 's activities and provided fresh fruit for valley residents.  The State Agricultural College never materialized and the Lander citizens donated the farm to the University of Wyoming in 1917.  UW devoted the site to agricultural experiments under the direction of Superintendent John Steinbrech until its closing in 1943.

At this time the facility was referred to as the State Experimental Fruit Farm (known locally as the "Field Station"). Testing was performed on varieties of livestock, grains, fruits, and vegetables that would grow well in the area. At one point, there were nearly 2,500 fruit trees at the Field Station, producing locally successful varieties of apples, crabapples, plums, cherries, apricots, quinces, and peaches. Testing also included grains and grasses that would produce well at high elevations. CWC purchased the property from UW in the early 1970’s.

The remains of the historic orchard occupies about 15 acres of land, while most of the remainder of the grounds are in the pasture. A barn and chicken coop built before 1900 remain unchanged and in their original locations.

"It is not the intent of this work to recommend large commercial orchards but it is believed that is is possible for every farm and ranch family to grow a home garden of fruits which will adequately supply the needs of the family." -Lander Clipper 1940.

In 1910, the orchard boasted 1,775 apple trees and 180 cultivars. Many of these were named cultivars from around the globe. Ten of these cultivars were developed by Farm Superintendent, John Steinbreck for Wyoming's harsh, high elevation climate. Several varieties of crab apples were planted and serve as important pollinators. Several of these crab apple trees are still producing fruit today.

Cultivars developed at the Lander Fruit Farm were Brechsteinia, Margaret, Fremont, Poposia, Mart, Nelson, Roberts, Sundance, Washakie and Wyoming. Brechsteinia and Margaret were ranked in the top 10 cultivars by the Cheyenne Horticultural Research Station. Through DNA research at the University of Wyoming, three of these varieties have been identified. Researchers are on the lookout for the other seven before they are lost forever. 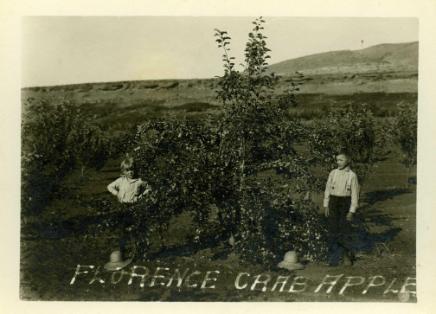 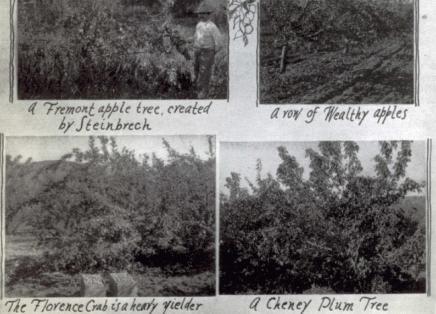 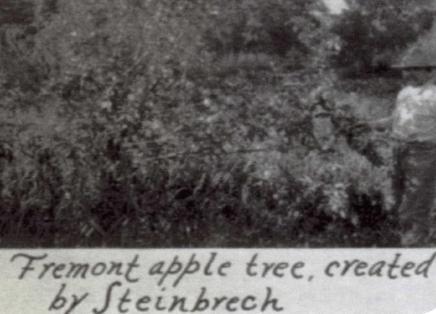 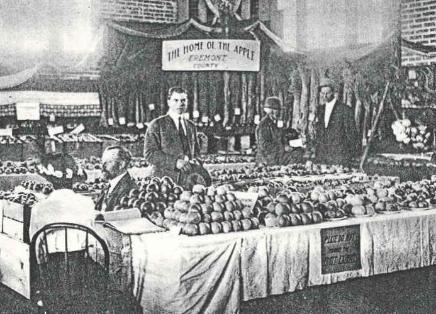 A view of SCC apple orchard circa early 1900s. At the present time, about 40 of these original trees remain, now surpassing 100 years of age. The two buildings on the left, a chicken coop and barn, still remain today. Superintendent John Steinbrech served at the farm from 1907 until his death in 1939. 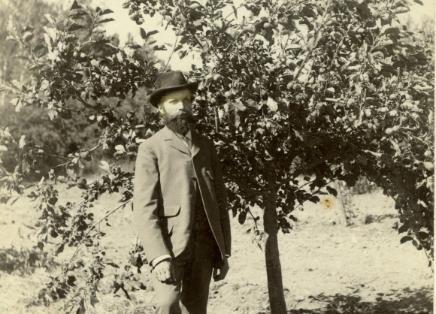 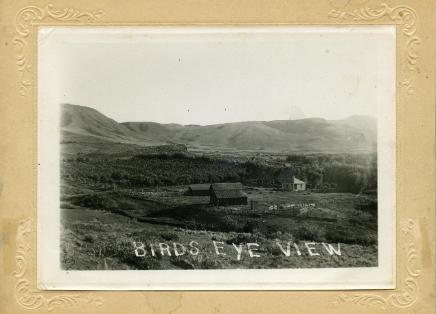 In addition to the fruit orchard, the Farm produced a variety of fruits and vegetables for residents of the Lander Valley. The sale of fruit generated income for many the Farm's activities and provided fresh fruit to the county. 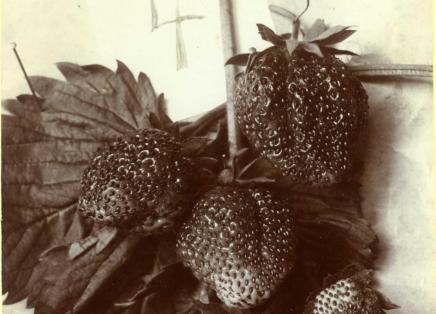 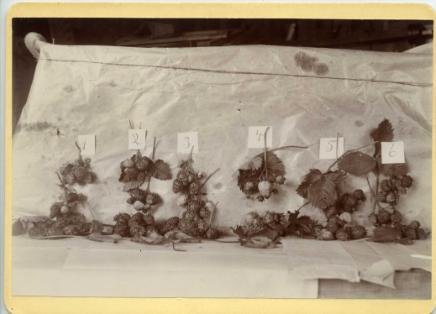 CWC was awarded a grant from the Wyoming Department of Agriculture’s Specialty Crops Program to restore and revitalize the historic apple orchard at  the Sinks Canyon Center (formerly the CWC Field Station).  Additional funding was provided from The Popo Agie Conservation District Resource Enhancement  Program  and CWC.  Funds allowed for the planting of new trees (apple, plum, cherry and pear), construction of a deer-proof perimeter fence, pruning of older heritage apple trees and an automated drip irrigation system.

The importance of the restoration project can’t be understated. The existing heritage apple trees have proven ability to survive Wyoming’s challenging climate extremes. Twenty 3-4 year old trees, some propagated from these heritage varieties, have been planted in the orchard. There is interest from apple producers in the region to propagate their own trees from the SCC orchard as well.

Volunteers were an essential component of this project. Volunteers contributed over 470 hours in fence building and tree planting.

The success of this project is due to the outstanding partnerships with the following organizations and individuals: 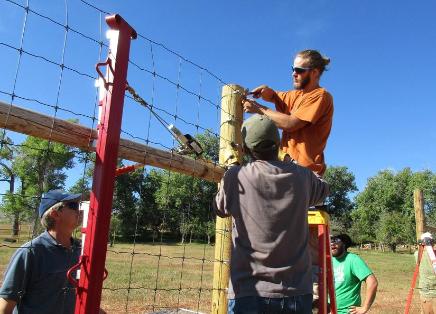 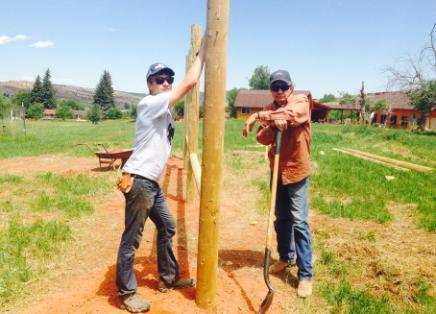 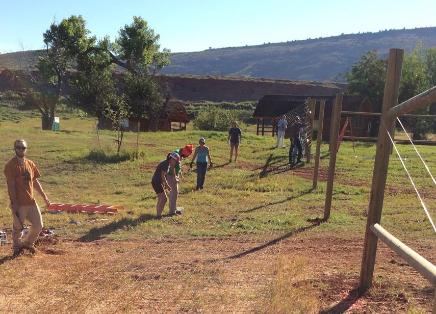 A drip irrigation system and pump were installed in the new orchard. Each tree is watered individually. The efficient system allows watering rates to be adjusted to meet the needs of each tree. 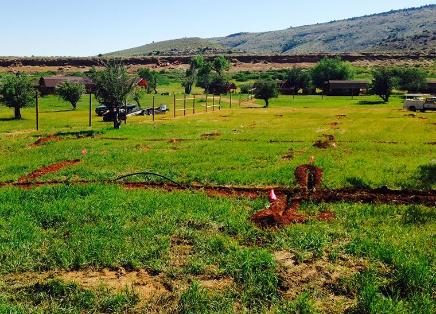 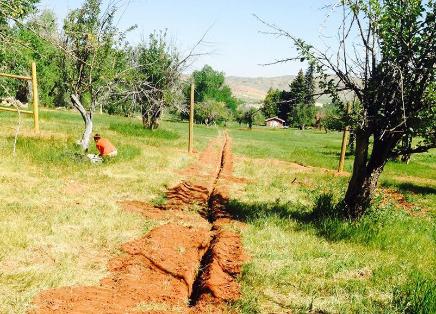 The older, heritage apple trees were trimmed of dead limbs after years of neglect. Many of the trees had fireblight as well. The trees are in a much healthier condition now and should continue to produce apples for many years to come. 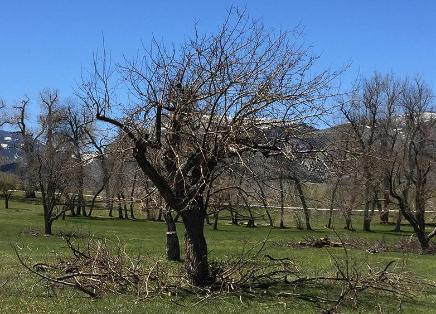 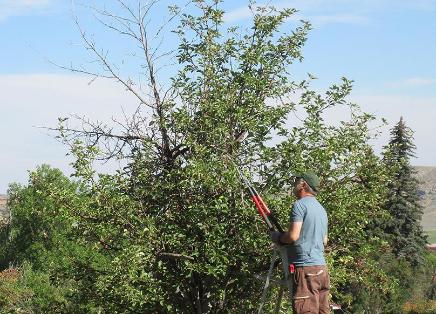 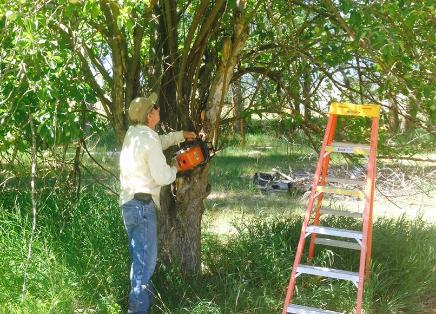 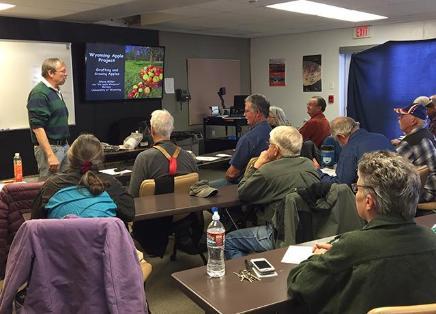 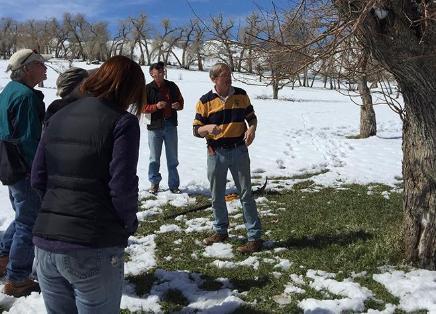 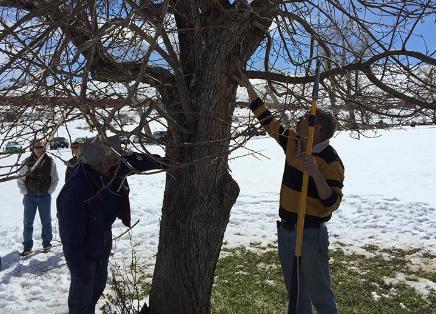 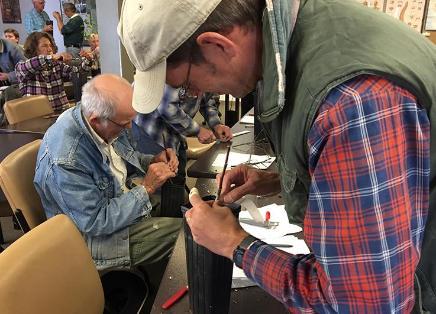 Community volunteers and CWC staff came out in force to help plant trees in the new orchard. Thirty trees, a variety of apple, plum, cherry and pear, were supplied from a local nursery. An additional 20 trees were bench-grafted trees, some propagated from the orchard's original heritage apple trees. More trees will be eventually planted to bring the total number to 80 in the newly restored orchard. 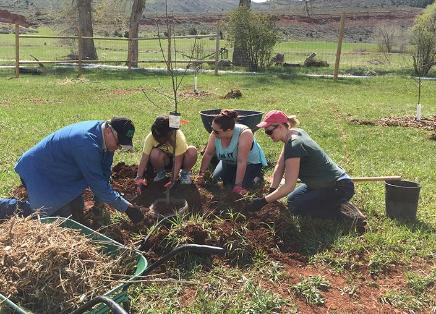 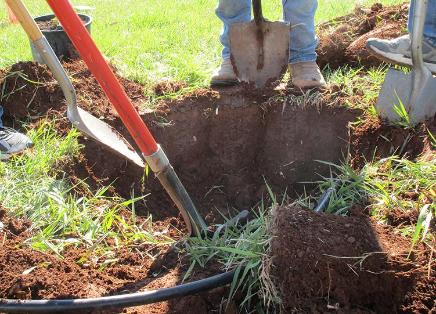 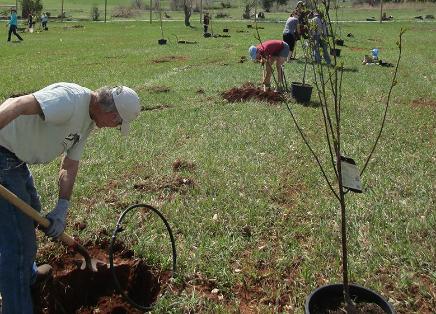