Alumnus brings reading of original musical to the CWC stage

“This is a true story that's based on the first year I spent working for a giant corporation in an average American town,” Fehring said. “The events in the show actually happened to my coworkers and myself; every single word uttered by a customer is recreated verbatim. The events that happened to me and that I witnessed that year and throughout my time in retail, were unbelievable. The experience itself was unique and at the same time universal, and that year had the mark of any good musical; what transpired moved me so deeply that I wanted to tell the story.”

“The Retail Song Cycle” took about nine years to not only write but to compose music for the show as well. This will be his third reading of the show which will premiere June 7 at the Central Wyoming College Arts Center theater at 7 pm.

A reading is a part of the developmental process that allows writers/composers to experience their work in a live setting so they can make improvements before it becomes a final script. Even though the actors have rehearsed and prepared the work, they perform with scripts, have minimal costumes and have no set. The purpose of this is to gauge the effectiveness of dialogue, pacing, and flow of the musical.

Fehring’s first and second readings were in New York City. The first reading of the “Retail Song Cycle” consisted of only the first act while the second reading showcased acts I and II. The third reading will have a few new musical numbers as well as the finished music for the orchestra. 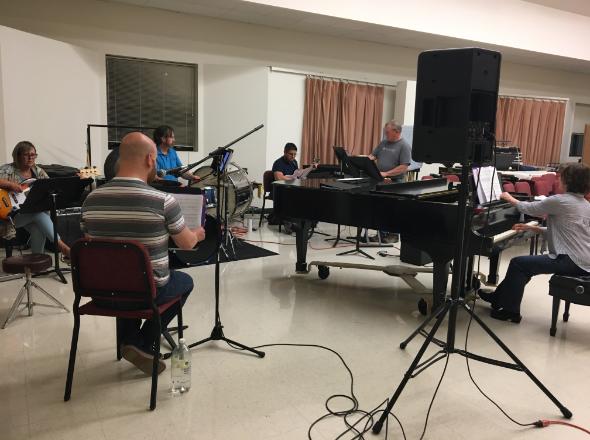 The readings have given me the opportunity to see how the show functions in front of an audience and that’s the most important part. The audience is the final collaborator and the genuine reactions of people have helped me shape the structure and make the dramatic and comedic moments on stage clearer. ”

While this musical is like a memoir for Fehring, writing the script has had its challenges.

“The hardest part has been trying to string these stories and snippets of dialogue into a cohesive story that conveys the truth of the situation while allowing the theatrical moments to shine through,” he said. “It's been a challenge, but the process has proven to be enjoyable.”

Fehring has partnered with the Central Wyoming College music department to continue the development of the “Retail Song Cycle.” Fehring graduated from CWC as a triple threat with degrees in music, theater, and technical theater. CWC helped him define his career and Fehring said he feels it’s important to bring his work home.

“Sharon Dalton, Robert Hussa, and Kelly Dehnert were all instrumental in my development as an artist and a person,” Fehring said. “They taught me so much about the importance of the craft of music, professionalism and music theory. They gave me opportunities that challenged and inspired me. It’s the greatest thing in the world when your mentors become your peers. I deeply respect their musicianship and artistry and it is incredible to collaborate with them.”

Instructor of music, Dalton, and former professor of vocal music, Hussa are performing in and directing the orchestra for the reading.

“Cam is one of my all-time favorite students and friend. I am absolutely thrilled to be a part of the performance of his amazing work,” Dalton said. “Cam has used his talents and education to pursue his dream and worked hard to do so. He is an inspiration. He has also assembled an extremely talented and fun cast and orchestra, which makes rehearsals a pleasure. I am so proud of Cam.”

Fehring also enlisted the help of Lily Draper to direct the reading. Draper is a CWC theater alumna whose work has been seen with the Riverton High School drama program, the Riverton Library Enchanted Entertainers and Communal Pancake Performing Arts. While this is not Draper’s first time directing a show, it will be the first time she has directed a reading.

“It’s intimidating because I’ve never done anything like this before,” Draper said. “A reading is completely different than a published play. We’re workshopping and developing the script and score while we rehearse.”

Nevertheless, Draper said she genuinely loves this musical and the story it’s telling.

“It’s just a quality piece and the longer I spend with it, the more I appreciate the score and the script,” Draper said. 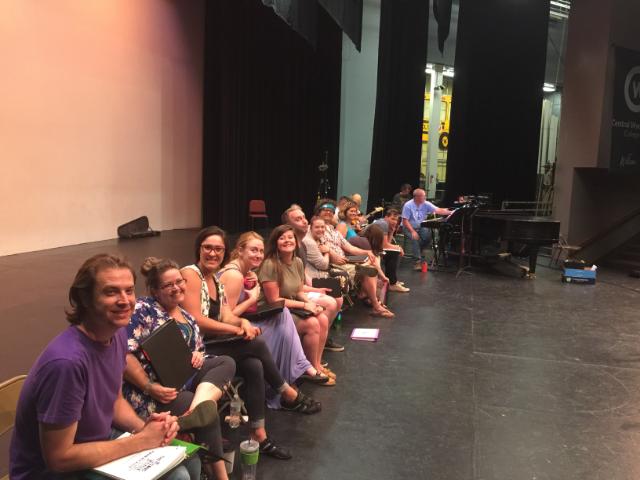 “I’m amazed by the talent the show has brought together and it’s an honor to work with this group,” Draper said. “Actually, everyone is so good at what they do that it makes my job easy.”

Clarissa Wykstra, a current CWC theater student, said she has enjoyed how the process of the reading is different from other rehearsals she’s been a part of.

“Normally I’m focused on memorization but this time I’m more focused on how to portray a character with my voice,” Wykstra said. “It’s been quite an interesting experience.”

After this reading, Fehring plans to continue to develop “The Retail Song Cycle” in hopes to get the final script and score ready for a full production that he eventually wants to take back to New York City. In doing so, Fehring hopes that audiences will leave the theater with the perspective that how we treat people has effects on their lives.

“Writing this story has given me, and hopefully the audience, a chance to reflect on our everyday lives and how we treat other people within it,” Fehring said. “What was a moment, probably forgotten by the people I served, has never left my memory and probably never will.  It's about our power and choices we make with others.”

Tickets for "The Retail Song Cycle" are available at www.retailsongcycle.eventbrite.com.

Contains adult themes and language. For mature audiences only.