Central Wyoming College will send five outstanding nominees to this year’s Wyoming Association of Community College Trustees Awards Ceremony and Legislative Reception in Cheyenne, Wyoming Feb. 8. WACCT’s mission is to educate community leaders, policymakers and college trustees with a focus on leadership development and advocacy. Each community college in Wyoming was asked to select at least one nominee for the honor in each category: student, professional staff, classified staff, faculty, volunteer service and Board of Trustees member. CWC will be sending five. 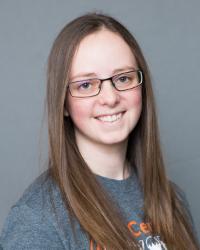 The student nominee, Amy Chidester, has overcome hardships at home to rise as a standout student at CWC. Now in her second year, she is pursuing multiple degrees simultaneously. These include three Associate of Science degrees in pre-medicine, pre-physical therapy and pre-pharmacy, as well as a medical assistant certificate. Even with a heavy course load, Chidester has maintained a 4.0 GPA, landing her on the President’s List every semester she has been at CWC. Chidester still finds time to encourage and support her fellow students through her work as a Resident Assistant, Student Ambassador and student recruiter. She also assists in the anatomy lab and works nine hours each week in the tutor lab. She has also helped found WyoFanatics, a student club. Chidester is also a member of Phi Theta Kappa and Sigma Alpha Pi.

I feel very humbled and honored. It helps me to appreciate the opportunities I have been given and the people that have helped me get to where I am. ”

Bookstore Coordinator Rita Duty was selected as CWC’s classified staff nominee for her more than 30 years of service and dedication to the college and its students. Duty is quick to help others and is always willing to go above and beyond to serve in whatever capacity is needed, she believes it is important to always try to build students up, said Heather Holbert, payroll and benefits specialist..

“Sometimes it only takes one person with a kind word or a little encouragement to make a difference that could last a lifetime,” Duty said.

With recent budget cutbacks and a rebranding of the CWC logo, Duty not only handled it all in stride, but also found ways to improve the efficiency and offerings at the book store, resulting in a $20,000 improvement in the bookstore budget compared to last year.

Nominated for professional staff, Campus Safety Director Charles “Chuck” Carr has made a huge impact on CWC, despite being relatively new to the CWC staff. During his first three years, he has implemented changes that have increased the security and wellbeing of students and employees alike.

Under Carr’s direction, campus security coverage has increased from five to seven nights a week, and his Alert, Lockdown, Inform, Counter, and Evacuate training sessions have helped prepare hundreds of people to be more effective in an active shooter situation. A former police officer for both Riverton and Lander, as well as a Fremont County Sheriff’s officer, Carr has successfully mentored six interns into professional law enforcement careers.

A former professor of political science, U.S. history and women’s studies, Gose continues to work on behalf of the college after retiring in 2001. Gose volunteers countless hours, hosts fundraising events and supports student athletes and performing arts students. She  encourages community members to become actively involved in the college community as well, and can often be seen in the stands on game day cheering on the Rustlers.

Tara Womack, who was nominted for faculty, first learned she had been nominated for a WACCT award after being congratulated by the person who nominated her, Jacki Klancher. 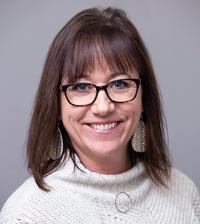 “I was very honored to be nominated by my colleagues,” Womack said.  “My student’s success is extremely important to me. I strive to teach to a variety of learning styles; to not only educate, but aid the students in successfully completing their courses.”

Womack, a CWC alumna, returned to teach at the college after graduating with a masters degree from the University of Wyoming. The biology professor implemented the cadaver lab at CWC, and gives physiology students hands-on experience by having them draw and analyze their own blood. The study of human anatomy is a vital component of the education of pre-healthcare professionals and can be enhanced through the detailed study of the human body. She believes that the use of donated human bodies provides its pre-professional healthcare students a unique opportunity to better understand the structure and structural relationships of the human body.

All five nominees will attend the WACCT awards ceremony on Wednesday, Feb. 8 in Cheyenne.