After providing almost 120 combined years of service, six members of the Central Wyoming College community retired in the last year.

Each retiree will be remembered for their unique and lasting contributions to their students, coworkers, and the campus, and several shared reflections of their time at CWC. 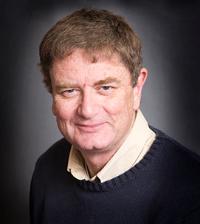 Before coming to CWC Steve McAllister worked for an international bank in Los Angeles for more than a decade.

“I was not happy though and I had fond memories of my science courses in community college,” he said. “I decided to go back to school and earned a master’s degree in microbiology.”

McAllister moved to Wyoming when his partner was hired at CWC in 2001. He spent five years in the adult basic education/GED program before he was hired as a biology and microbiology instructor.

Throughout the next 14 years, McAllister taught biology I and II, microbiology and intro to chemistry. He also helped design the science floor of the campus Health and Science Building and was one of the pioneering instructors of the Idea Networks for Biomedical Research Excellence (INBRE) student research program.

McAllister said his favorite aspect of the job was working with members of the campus community.

“I really enjoyed the interactions I had with the students and my colleagues,” McAllister said. “I especially enjoyed working in the INBRE program where we introduced students to medical research.”

Now McAllister is using his free time to garden and build models.

“When it is safe to do so I will probably do some traveling,” he said.

“Steve's classes often had some of the highest enrollments,” Nordeen said. “Students know who Steve McAllister is.” 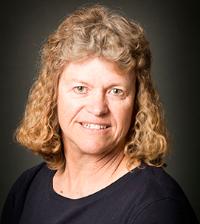 An Arapaho resident since 1970, Jeanie Cottenoir earned her Bachelor of Science in Recreation and Park Administration from the University of Wyoming.

She first started working at CWC part-time in the adult basic education program in 2001.

“At the time my husband and I had our own business and the part-time position at CWC allowed me to work to help supplement our income,” Cottenoir said.

Her position expanded to data manager and examiner in 2006. In her 18½ years at the college, Cottenoir most enjoyed working with her students.

“I have learned about their personal lives and their goals they hope to attain to better themselves,” she said. “It has been very rewarding to be able to help the students and the program to succeed.”

Director of College and Career Readiness Michael Konsmo said Cottenoir made quite an impact on students.

“Her positive presence helped guide hundreds and hundreds of students toward their high school equivalency degrees, toward careers, and toward attendance at CWC,” he said. “Overall, Jeanie is a great person in all ways and she has made many positive contributions to our college and community.”

Cottenoir has two children and three grandsons. She enjoys anything to do with nature. This includes gardening, traveling, camping, and working on her ranch. She is looking forward to the next chapter of her life.

“I really enjoy retirement and hope to enjoy many more years of it,” Cottenoir said.

Sharon Dalton started working for CWC’s music department in 1991. In her 29 years of service, Dalton directed choir, taught music and humanities courses, gave private lessons in voice, piano and guitar, and provided accompaniments for both vocal and instrumental solos.

Dalton was dedicated to the music program.

“Her primary focus was working with students,” Nordeen said. “She selflessly did her part to help each student reach their musical potential and career goals. It was common for Sharon to spend extra hours, whatever it took, to help students prepare for their solos or tryouts for parts in plays.”

Her impact extended beyond campus as well.

“The loyalty of her choir members was amazing,” Nordeen said. “That only happened because they knew that they would be a part of something special because Sharon was the director.”

Rita Duty began working at CWC in 1985 as an Information Office Assistant. She moved to the bookstore position in 2002 and was both assistant and in managing roles. Duty was promoted to Bookstore Coordinator in 2016, which is where she finished her CWC career in October 2019.

Dave Hockett retired in 2019 after working as a campus safety officer at CWC for four years. Prior to his time at CWC, he served in the US Army from 1978-81 as a military police officer. From there he worked at the Wyoming Life Resource Center as a security officer from 1984-86. He then worked for the Lander Police Department until 2007 as a patrol officer, detective and patrol sergeant. Hockett also worked on the Federal Drug Task Force as a narcotics investigator.

Hockett retired from LPD as chief of police in 2007 and moved to the Wyoming Highway Patrol as a state trooper. He also did background investigations of potential applicants. He retired from WHP in 2015 and that’s when he came to work at CWC.

Hockett plans to enjoy his retirement relaxing and enjoying his cabin in the mountains. 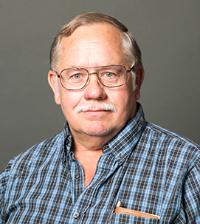 Kirk Clark started at CWC as a maintenance technician in 1991. He was promoted to supervisor in 1998 and had this position until February 2020. When he retired, Clark expressed gratitude for the campus community.

“I wanted to thank all of you for your help over the years in helping me do my job,” he said. “It really does take a "team" to do what most of us do.”

Though he said he knew he would miss CWC, Clark was looking forward to the future and new adventures.

“I hope to catch you all around either on the fishing waters, in the hunting woods, or even Walmart,” he said.